As more cord-cutters supplement traditional television with digital offerings, many in the TV industry are keen on the growing practice of combining linear OTT subscriptions with on-demand streaming.

According to Digital TV Europe’s “Industry Survey 2019,” roughly nine in 10 industry professionals worldwide had positive outlooks on the two-year growth of “skinny bundles,” or subscriptions that offer both linear and on-demand OTT services. The number of respondents who were either moderately or very positive on the growth of these hybrid services nearly surmounted subscription video-on-demand (SVOD) services like Netflix and Amazon Prime Video.

The term “skinny bundle” has taken on several definitions in recent years. Once used to describe pared-down cable TV packages, the skinny bundle has since been brought into the digital video sphere and can describe linear OTT services that offer customizable channel packages or a service that combines linear and on-demand content, as defined in the Digital TV Europe study.

The latter definition alludes to linear OTT services like Sling TV and fuboTV, which now have subscriptions that offer additional access to premium, on-demand content from services like HBO and Showtime. But it also represents SVOD services like Hulu, which bolstered its offerings with Hulu with Live TV, a linear service.

These hybrid OTT services are being positioned as an alternative to cable, something that SVOD services can’t do alone, according to Hui Zhang, co-founder and chief scientist at streaming data intelligence and measurement company Conviva.

We estimate that there will be more than 39 million cord-cutters in the US this year and more than 37 million cord-nevers (those who have never subscribed to traditional cable). Time spent with linear OTT services grew 108% year over year, much faster than the 60% in time spent viewing other streaming services not defined as linear OTT, per Conviva.

But linear OTT services could lose this edge in the future. Operating costs have become more expensive, leading many to resort to price increases.

“Most providers have raised prices in recent months, fueling speculation that they were operating at a loss while working to build critical mass,” said Paul Verna, eMarketer principal analyst and author of the recent report, "US Subscription Video Landscape 2019: Bracing for an Onslaught of New Services." “The increases also diluted one of the core selling points of these services: They were considerably more affordable than the traditional pay TV services they were designed to supplant.”

For more information about OTT and the US subscription video space, eMarketer PRO subscribers can read the recent report, 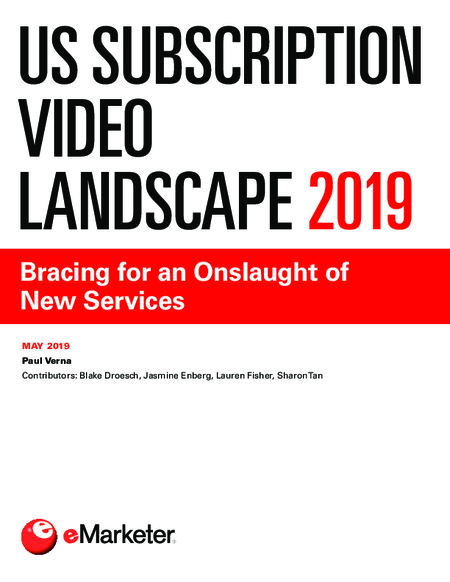