Now, contactless cards are also widely available. Nearly two-thirds of internet users in France use a contactless bank card regularly or occasionally, according to an October 2018 survey from Orange and Opinionway.

That’s in line with May 2019 research from Mastercard and Ifop, which showed that 78% of internet users in France had used a contactless card at least once, and 70% did so on a regular basis.

But contactless cards have held back adoption of mobile payment alternatives. “Few consumers feel they need a second contactless payment option, particularly when there is a cap on spending and a limit on the number of daily transactions,” said Jasmine Enberg, eMarketer senior analyst and author of our recent report, “France Mobile Payment Users 2019: Smart Cards and Security Concerns Slow Down Adoption.”

In France, contactless payment methods have a cap on spending, called a “floor limit.” That limit is currently set at €30 ($33) per transaction, and consumers can make a total of three proximity payments per day. That applies to mobile and card payments, though some mobile payment options that use two-factor or biometric authentication may be exempt.

While that may seem restrictive, contactless payments in France were capped at €20 ($22) until March 2017, when the French bank card association Groupement des Cartes Bancaires (CB) increased the limit. While that spurred some usage—the CB estimated that 2 billion contactless transactions were made in 2018 vs. 1.2 billion in 2017—it hasn’t been enough to encourage widespread adoption.

In fact, 69% of in-store purchases in France of less than €20 ($22) were made with cash vs. 71% in 2017, according to a March 2019 survey by Iftop for security service provider Brink. The remaining 31% were paid for via other methods, including contactless payments.

With that in mind, it’s hard to imagine that raising or lifting the “floor limit” in France will drive more proximity payment usage. It’s clear that consumers already have their chosen contactless payment method, and that is going to be a hard habit to break. 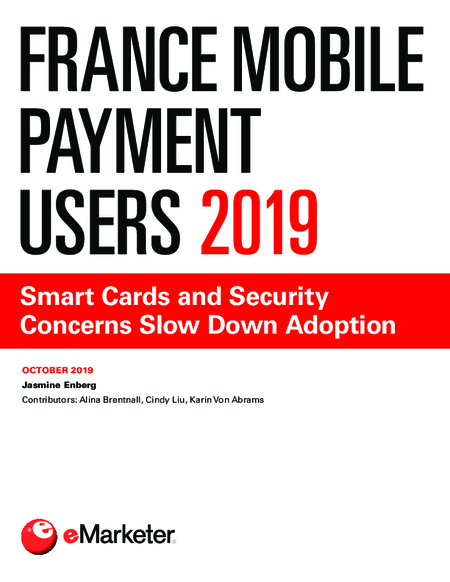