US Consumers Tolerate Ads if They're Expecting Them or They're Incentivized

As we've previously covered, ad blocking in the US and many parts of Western Europe is here to stay. Many internet users are not happy with ads when they browse the web, whether it’s over privacy concerns or the general annoyance over ads ruining user experience.

But research shows that consumers are willing to tolerate certain types of ads or ad experiences. For our latest report on Consumer Attitudes on Marketing, we commissioned customer experience analytics firm Bizrate Insights to survey a panel of US digital buyers on their ad habits and the types of ads they found useful or annoying.

US digital buyers that were surveyed considered static banner ads (16%), sponsored posts in social media feeds (14%) and sponsored search results (12%) to be the most useful digital ad formats. Overall, however, almost 58% of digital buyers said they didn’t think any digital ads were useful to them.

The following are highlights from the past year’s third-party research on what formats and ad channels US consumers are more likely to find engaging, relevant and maybe just inoffensive.

Almost half of US digital buyers surveyed in June 2018 by multichannel marketing solutions firm Yes Marketing said they preferred to receive brand communications via email.

Discounts were what motivated the greatest share of US digital buyers (54%) to make a purchase from a display ad, per Yes Marketing.

When they’re getting free content and services in exchange

When the ads are relevant

About three in five US internet users surveyed in September 2018 by programmatic exchange OpenX and The Harris Poll said they were more likely to care about a personalized ad, and 56% of respondents said relevant ads didn't bother them.

When they’re leaning back and relaxed

About three in five US internet users surveyed in November 2018 by mobile marketing firm Aki Technologies and Lucid said they were most receptive to smartphone ads when they were at home watching TV. The second-best time to reach these respondents was while they were in bed, before they went to sleep. More specifically, almost three in four Gen Z respondents were most receptive to smartphone ads at bedtime.

When they’re on social media

Almost three in four US teens surveyed in spring 2019 by investment bank Piper Jaffray said Instagram was one of the top three ways for retailers and brands to tell them about new products and promotions. Almost half chose Snapchat.

For more on analysis on when consumers are most likely to be receptive to ads, read our latest report. 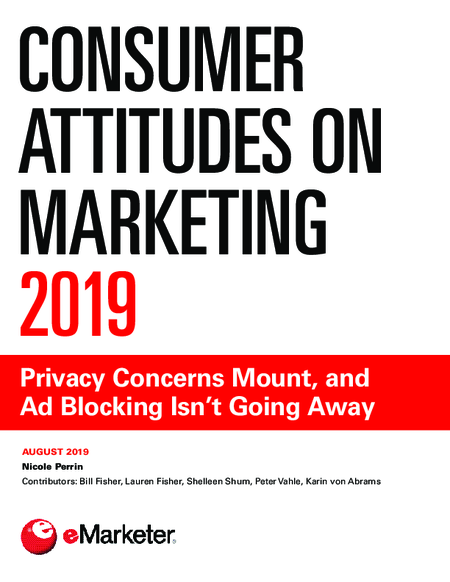