US Programmatic Digital Out-of-Home Ad Spending Will Double in 2020, but Remains Experimental

Programmatic DOOH ad spending is starting to grow, but from a small base

In June, we published our first forecast for programmatic digital out-of-home (DOOH) ad spending, which we define as DOOH ads that are transacted and fulfilled via automation. This year, US programmatic DOOH ad spending will more than double year over year, totaling $181.6 million. That figure will reach $533.8 million by 2022.

Programmatic DOOH will account for just 2.2% of total OOH ad spending in the US this year. But given that programmatic is always digital, the more pertinent statistic is the portion of DOOH ad sales that is transacted or fulfilled programmatically: 6.7% in 2020.

Programmatic has been slower to catch on in OOH than in other media. While programmatic buying makes it easier for ad campaigns to be adjusted on the fly, the way data is used for targeting digital outdoor ads differs from how users are targeted online. OOH is still a one-to-many medium, so it doesn’t offer one-to-one targeting like online advertising.

Simon de Beauregard, director of engagement at Pernod Ricard for the Absolut, Malibu, Kahlúa, Smithworks labels, said that programmatic outdoor ad buying is appealing because it offers more flexibility than traditional OOH. Pernod Ricard uses triggers like happy hour times and temperatures to determine when to programmatically purchase outdoor inventory for its alcohol brands, for example.

Programmatic has been slower to take off in OOH partly because a significant number of OOH displays only became digitized in recent years, according to Adam Green, senior vice president and general manager of programmatic platforms at digital outdoor ad firm Broadsign. And after displays became digitized, it then took additional time for automation to be worth the investment.

“You needed enough penetration of digital within OOH to make it meaningful,” Green said. “You're not going to build a whole platform to sell something programmatically when you can reach only 50 spaces in Los Angeles or New York City. You need a critical number of screens that you can buy before it's worthwhile from a media-buying and technology-building perspective. So, it had to wait for that.”

Another reason for programmatic’s slow start in OOH is that outdoor advertisers wanted to avoid the pitfalls that befell programmatic in digital display, said Kym Frank, president at Geopath. Programmatic has had an association with remnant inventory, ad fraud and tech fees, which have been less of an issue in OOH vs. digital advertising.

But Frank has noticed programmatic catching on. Although programmatic constitutes a small portion of all OOH ad spending, because it is growing so much, “even traditional OOH specialist agencies are starting to use more automated platforms to place their buys,” Frank said. 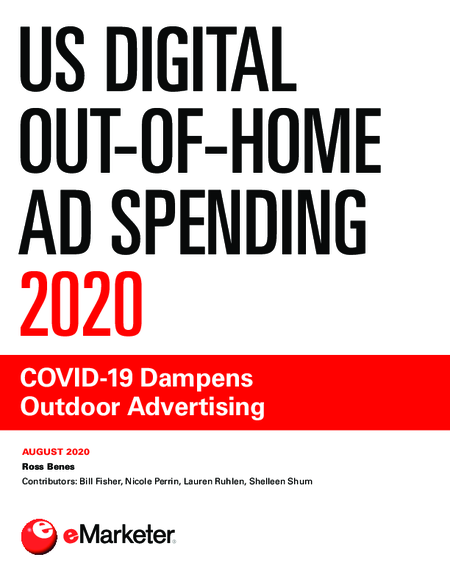