A major challenge in measuring connected TV (CTV) audiences is that most of the time people spend streaming happens devoid of advertising.

The ad-free services Netflix, Prime Video, and Disney+ accounted for nearly half of all time spent with streaming in Q2 2020, according to Nielsen. The two most popular services with advertising, YouTube and Hulu, feature subscription ad-free tiers, so a portion of viewing on those platforms also happens without ads. The top five streamers accounted for about three-fourths of all time spent with streaming.

The long tail that makes up the remaining fourth is split between ad-free services (like Apple TV+), ad-reliant services (like Pluto TV), and hybrid services that have ad- supported and ad-free tiers (like Peacock).

When added together, there is a massive amount of streaming happening without ads, which is how many users like it. Users have repeatedly cited Netflix’s lack of ads as one of its most attractive features.

To be clear, we still expect CTV ad spending to significantly increase. Ad-free and ad- supported streaming are both growing, they aren’t necessarily mutual exclusive categories. But the sustained usage of ad-free streaming matters to marketers because as streaming increasingly replaces traditional TV viewing, viewers will spend less time seeing ads. Additionally, even among ad-supported apps, the ad loads on streaming services tend to be much smaller than the ad loads on traditional TV.

Marketers can still reach viewers of ad-free services with workarounds. Tactics marketers use to reach viewers of ad-free services include striking product-placement deals, using automatic content recognition (ACR) data to spot when audiences flip to ad-supported platforms, buying ads on affiliated properties, and utilizing lookalike modeling and contextual targeting to try to comply with privacy laws. But these tactics have trade-offs and require work. They are something marketers can layer onto a media plan, but they aren’t a full replacement for advertising directly on a premier video platform.

To learn more about other challenges within connected TV (CTV) advertising, eMarketer PRO subscribers can read our recent report: 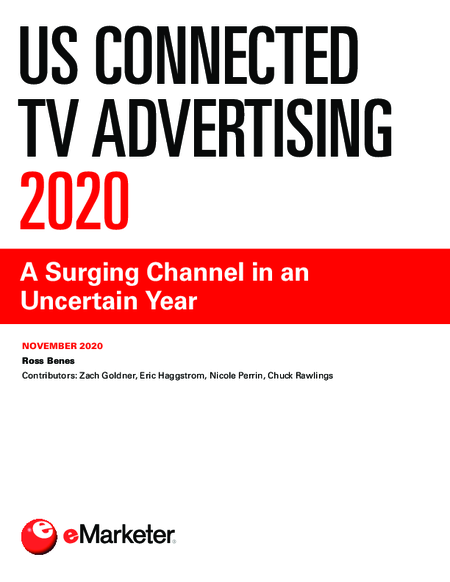 Article
Hulu's on top for upfront spending, but Netflix's ad play means next year may be different﻿﻿

Audio
The Daily: The impact of Netflix with ads, Peacock's new In-Scene Ads, and the potential of overlays

Article
Disney+ edits content in the interest of brand safety

Article
Q&A: How the IAB is reimagining the future of digital viewership

Article
Q&A: Why Mediahub is emphasizing flexibility in a changing media landscape

Article
Hispanic Media companies woo advertisers, both at NewFronts and via acquisitions

Article
Q&A: Why YouTube focuses on the creator economy to drive viewership

Report
The US P&C Insurance Ecosystem

Report
The Era of Uncertainty

Report
The Rise of ESG Investing

Article
In a snap, social media’s Q2 went into a tailspin: Here’s what advertisers should know

Article
To keep growing, TikTok must appeal to all ages

Article
In a first, TikTok will beat YouTube in user time spent

Audio
The Daily: How much money is TikTok making, the best social commerce experience, and Instagram NFTs

Article
Hulu's on top for upfront spending, but Netflix's ad play means next year may be different﻿﻿

Audio
The Daily: CDP success, meaningful customer metrics, and clothing sizes for all

Audio
The Daily: Paying with cryptocurrency, how neobanks will make money, and fintech's bubble bursts

Audio
The Daily: How much money is TikTok making, the best social commerce experience, and Instagram NFTs

Audio
The Daily: The impact of Netflix with ads, Peacock's new In-Scene Ads, and the potential of overlays

Audio
Reimagining Retail: Where D2C brands are headed and which 5 are most likely to endure

Audio
The Daily: How many people own crypto, Meta's ad revenues, and can DoorDash keep growing?

Audio
The Daily: What's behind Amazon's deceleration, Walmart+'s tactics, and how Target competes

Audio
The Daily: Why Elon bought Twitter, changes we expect to see, and what's next for advertisers?