So much of the world is accessing video primarily via mobile, as the devices take varying levels of precedence around the world. In our latest global reports collection, we take an in-depth look at usage patterns in specific regions.

Our forecasts show that, overall, 2.72 billion people will watch video on their mobile phones in 2023. That's up from 2.16 billion in 2019. This represents a compound annual growth rate (CAGR) of 6%—higher than the 4.5% CAGR for worldwide digital video viewers.

Asia-Pacific predominates in mobile phone video viewership to an even greater extent than in digital video viewership overall. The region will have a 56.8% share of the worldwide total in 2019, and that will increase to 60.2% by 2023. Latin America is a distant second with a current share of 11.3%, followed by North America at 9.7%. All regions excluding Asia-Pacific will experience a share decrease by at least half a percentage point during the forecast period. This is a simple reflection of Asia-Pacific growing at a faster pace than the rest of the world.

Mobile phone video viewership as a percentage of the general population varies widely within each region and is essentially a measure of affluence, with the US, South Korea, the Nordic countries, Australia, the Netherlands, the UK and Canada among the nations with the highest percentages of people watching video on their phones.

Growth will be most pronounced in regions where populous countries still have lower penetrations of smartphones relative to mobile phones—notably the Middle East/Africa and Asia-Pacific, where annual increases will exceed the global average. By contrast, growth rates in more mature smartphone markets such as North America and Western Europe—and, to a lesser extent, Latin America—will be lower.

For a full analysis of mobile and smartphone video viewership across the world, read our latest report collection. 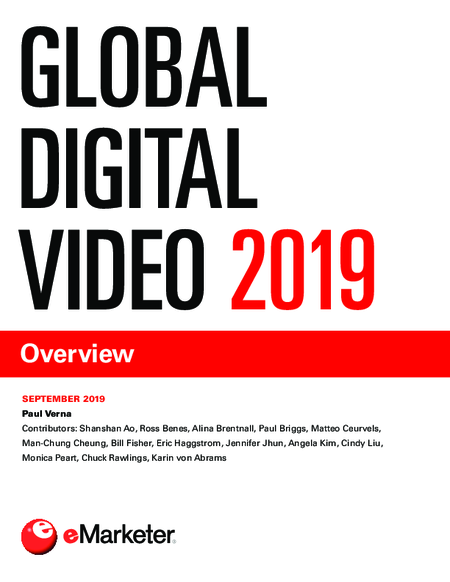 Article
TikTok and the race to corner short-form video

Article
Tencent, like many others, is taking cues from TikTok to drive growth

Article
Q&A: Insights on how brands can optimize for TikTok’s evolution into search and advertising

Video
US Programmatic Video Forecast: How to Embrace a Thriving Ad Channel | Meet the Analyst Webinar | ...

Report
How Economic Stress and Inflation Are Changing Consumer Behaviors

Article
They’re not just on TikTok: Gen Z is using more social platforms than other generations

Article
Analyst Take: France digital ad spending by industry–Retail in the lead as auto continues to ...

Article
Walmart Connect expands the reach of its ads to TikTok, Snap, and Roku

Audio
Reimagining Retail: How to elevate a luxury brand and how they're expanding their reach

Audio
The Daily: A new (OOH ad) normal, watching 4 channels at once, and Netflix gamers

Audio
The Weekly Listen: Facebook's plan to be cool, What's(Super)App, and TikTok on CTVs

Audio
Reimagining Retail: Shopping behaviors on mobile, and the apps that will shape mcommerce